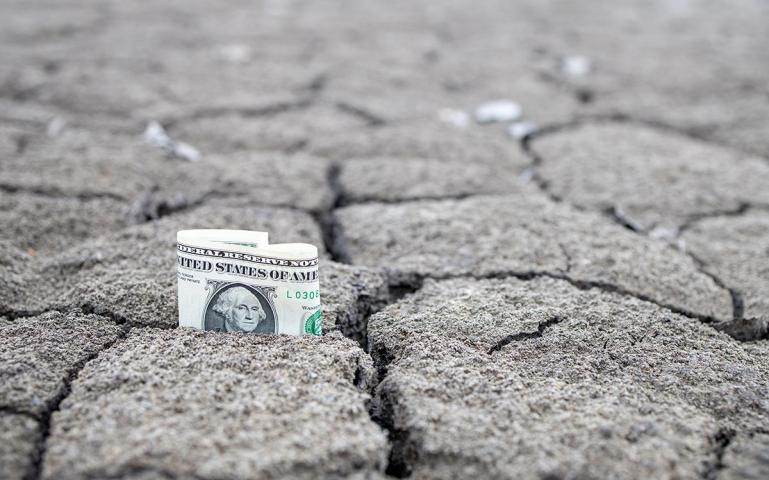 This essay was first published in Sierra Magazine

The term “climate injustice” is easy to understand. When the poor and vulnerable people of New Orleans or Nicaragua are abandoned to the ravages of a climate-fueled hurricane, we know something hideous has occurred. But climate justice is not just the absence of climate injustice. It also demands the presence of real and meaningful fairness, and an extremely ambitious climate mobilization that takes this fairness just as seriously as decarbonization itself. No mobilization that tries to skip this step can possibly succeed.

Check the science and you’ll see how very late it is. Stabilizing the climate would be extraordinarily difficult under the best of circumstances, which these are decidedly not. Add the imperative of mobilizing in a fair way and the challenge can seem overwhelming. Why is fairness so decisive? The simple answer is cooperation. Absent an overall sense of fairness, justice, and equity—and the cooperation required to achieve those ideals—we haven’t got a chance of avoiding climate chaos. Bringing down greenhouse gas emissions fast enough to keep global temperatures (more or less) in check is going to be the hardest thing we’ve ever done. We can only do it together.

But how to achieve a sense of fairness in a world where many people are appallingly poor and some are astonishingly rich? Where all nations are divided? Where some have vastly overdrawn their proper share of the planetary carbon budget, while others have done almost nothing to cause the climate crisis? This, in a nutshell, is the fair shares problem, as we find it on the climate front. Even if the United States honestly reduces its emissions to net zero in 2050, it will not have done its fair share of the planetary effort.

Fortunately, there’s also good news. There’s the green technology revolution, for one thing, and there’s the changing political landscape. One nice sign of the latter: The fair shares approach to the climate crisis has found a home within the United States, specifically within the US Climate Action Network (USCAN), an association of almost 200 groups that is rising to the demands of the moment. USCAN has long been a redoubt of techno-legislative environmentalism, but in recent years it has become something better—a large tent that still contains the big green groups but has been rebuilt to the standards of the justice-first climate movements. Back before the pandemic started, ActionAid USA, the Center for Biological Diversity, EcoEquity, and North Carolina Interfaith Power and Light created a subgroup within USCAN that aimed to develop a specific proposal for a “US Fair Share,” one that could serve as a key plank in the emergency international mobilization to stave off climate chaos.

I am (disclosure) one of the members of this group, so I can share some details of how carefully we approached the task. We ran the numbers, then agreed to an approach that we could represent in the fair shares models developed by the Climate Equity Reference Project. The idea was to define “equity benchmarks” that made sense in a world where even extremely wealthy countries like the US are riddled with deep pockets of odious poverty. These benchmarks are based on the equity principles that frame the international climate talks—national historical responsibility and, even more importantly, national capability to act to eliminate these gases—and they are, like carbon budgets, quantitative. As in numbers of tons of carbon dioxide and (inevitably) numbers of dollars.

We then very carefully (multiple workshops and webinars, a network-wide plenary discussion, a zoom poll, a number of subsequent check-ins) facilitated the formal adoption, by USCAN as a whole, of the following position:

“USCAN believes that the US fair share of the global mitigation effort in 2030 is equivalent to a reduction of 195 percent below its 2005 emissions levels, reflecting a fair share range of 173–229 percent.”

Or, in plain and simple English: USCAN believes that the United States must, in order to do its fair share to ensure the success of the Paris Agreement, do much more than simply reduce its emissions to “net zero” by 2050. It must also, like all wealthy nations, greatly ramp up its support for decarbonization in poorer countries.

Our specific target—reductions equivalent to 195 percent of the United States’ 2005 emissions levels—would have to be achieved in two parts. Reductions of 70 percent would be domestic. This is about the maximum achievable by 2030, though cuts of this magnitude would require a full-on Green New Deal and an industrial transition on par with a World War II–scale mobilization. The other 125 percent would come by way of financial and technological support for adaptation and rapid decarbonization in developing countries, at rates that exceed and sometimes far exceed their own fair shares. Such cuts are absolutely necessary if we’re to stabilize the climate system, but this doesn’t mean they’ll happen, or happen fast enough, in anything like a business-as-usual scenario. The danger is a scenario in which even impoverished countries are exhorted to do their utmost, yet not provided with the resources to actually get on with the job, let alone do so without sacrificing their dreams of development.

What sense do such seemingly huge numbers make? They make international sense. Which is exactly what we need, because fair shares are by definition shares in a single planetary effort to stabilize our shared climate system. Right now, over a hundred countries are working toward “net zero” 2050 (or, in China’s case, 2060) goals, which is a fantastically important and welcome development. This cohort includes wealthy countries like Norway, Switzerland, Japan, and South Korea, and will soon include both the European Union and the United States—but not a single one has made anything like an adequate move to support ambitious decarbonization plans in the developing world.

To be clear, even if the United States honestly reduces its emissions to net zero in 2050, it will not have done its fair share of the planetary effort. The United States has an immense historical footprint, and it is the richest country the world has ever known. It cannot possibly do its global fair share while confining its actions to its own territory. And, on the converse side, we cannot possibly expect the world’s poor countries to steel themselves for the unprecedented effort of emergency decarbonization without material support from the wealthy world.

The challenge is sprawling, but its moral logic is clear. What is less clear is that climate justice is not just a matter of right and wrong. It’s also a matter of cold, realist, strategic necessity. This is because climate stabilization is a commons problem. In fact, it’s the global commons problem from hell. No nation—not even one as rich and powerful as the United States or China—can stabilize its own climate system, for no nation has its “own” climate system. Our hope is rather a transformation in which the planet’s wealthy classes—in the United States and also in Europe and Japan and China and Brazil and all the world’s countries, for there are rich people everywhere—are doing their fair share. Because ultimately (see Oxfam’s recent Confronting Carbon Inequality report), both emissions and the obligation to act come down to wealth.

To review the details of the USCAN position, go to the US Fair Share website. It offers a short briefing you should read if you’ve been wondering what an emergency international climate mobilization might actually entail. The briefing doesn’t tell the whole story, but it will, perhaps, cause you to wonder, just a bit, at the studied nationalism of today’s climate progressives. Not that such nationalism is difficult to understand. The political right has poisoned even the idea of foreign aid, let alone the idea of humanity standing together to face a common danger. No wonder, then, that the Green New Deal idea is being kept diligently domestic in focus.

To be fair, we Americans aren’t used to thinking internationally. When we do, we tend to get lost in tattered myths of “American leadership.” And besides (the question is unavoidable), how can we do anything about the sufferings of distant strangers when there is so much pain and poverty right here at home? The answer is that we cannot choose one over the other. The people of the United States are unlikely to embrace internationalism unless they do so as part of a mobilization in which domestic economic justice lays the ground for a broader solidarity. The Green New Deal, if we can win in, would at least start the job.

But we also need to think about finishing the job. Remember that we’re just about out of time. And note that the Green New Deal, if paired with a fair shares turn in the global climate negotiations, would give us a positive transition story we could actually believe. Without such a story, we are lost. Yet the fact remains that a believable transition story can only be global, for our fate is inherently planetary. True, we inhabit a bitterly divided nation, but the larger world is also bitterly divided—between nations and classes and races—and it is within this larger world that we must find our way to sustained cooperation. The climate mobilization, precisely because it is a matter of necessity, is our best chance to do just this.

Climate justice is, ultimately, a matter of realism. The physics of the climate system are even more implacable than the authoritarian denialism that has overcome the Republican Party. When you look beyond physics to the geopolitical structure of the climate challenge, you see that it, too, has a merciless logic. We really are in this together, and we really do need to achieve a large-hearted and robust international solidarity. It’s a big ask—this is true—but it’s neither outlandish nor optional. If we’ve learned anything in the past four years, it’s that extreme inequality is a deadly social poison. We cannot hope to decarbonize the planetary economy unless we refuse it.