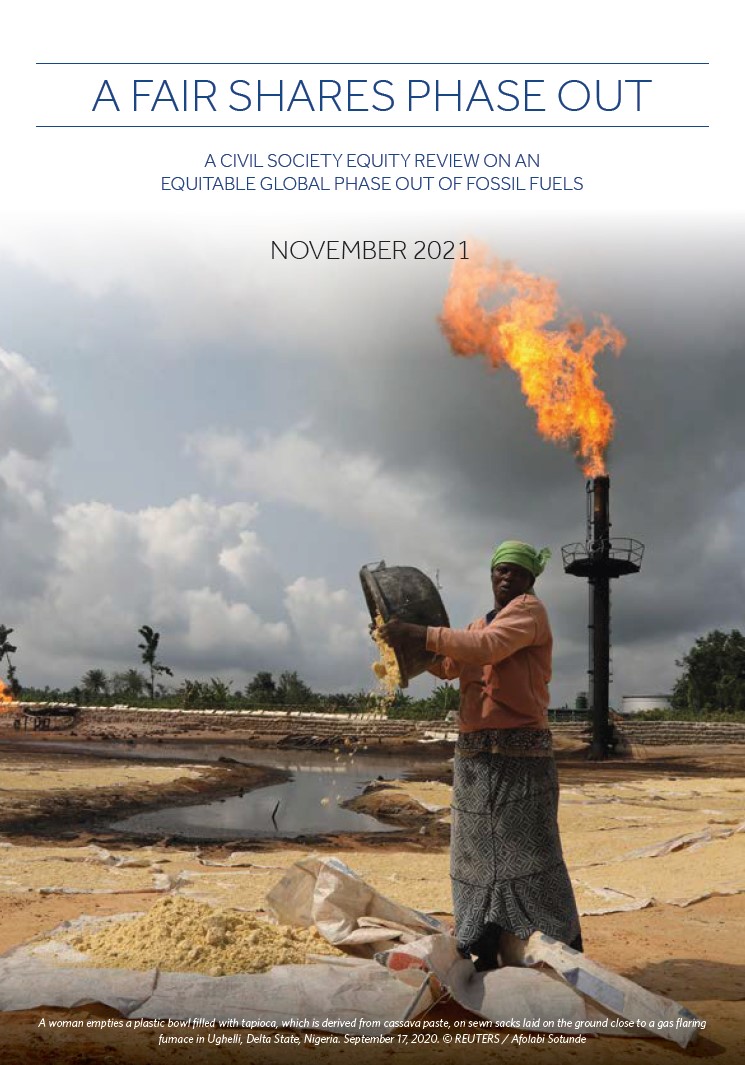 The Civil Society Equity Review – a loose international federation of civil society activists from social movements, environmental and development NGOs, trade unions and faith groups – has since 2015, the year of the Paris Agreement, been issuing annual reports at the UN climate negotiations. These reports have had a gradually increasing political salience, which isn’t too surprising, given that the decisive nature of the equity challenge has itself become too obvious to deny. But this year’s report takes the project to a whole another level.

It’s called A Fair Shares Phase Out: A Civil Society Equity Review of an Equitable Global Phase Out of Fossil Fuels, and it’s the first real attempt to meld the fair shares perspective with the challenge of “supply side equity,” and with the campaign for a very rapid fossil energy phaseout.  As per the Fossil Fuel Non-Proliferation Treaty. The resulting report is, as one battle-scared climate journalist told me, “useful,” the highest praise that, at this point, any climate report can hope to earn.

A Fair Shares Phase Out features thirteen country profiles, which together demonstrate the diversity of real world challenges and opportunities we’re now facing, as we confront the necessity of very rapidly eliminating fossil energy production and use, in both a variety of national contexts and at the international level.  In part because of these country profiles, the report is quite long, but don’t let this length dissuade you. The Executive Summary is not a mere afterthought — it got a lot of attention from the drafting team, and its only six pages long. You really should read them.