Remember Copenhagen? Where Hillary Clinton, on behalf of the “developed countries,” pledged $100 billion in annual climate finance? What followed, of course, was an almost perfect proof that rich world promises were not to be believed.

It’s a long and depressing story, not least because it can be explained by incompetence just as easily as by venality, but Timmons Roberts and a group of collaborators have just summarized it well, in an short, excellent, and entirely trustworthy piece in Nature Climate Change called Rebooting a failed promise of climate finance. It’s not even behind a paywall.

I only have one wee complaint. The concluding paragraph, the one that–as per the conventions of professional political commentary–makes helpful suggestions about the way forward, is a bit too measured for my taste. It reads as follows:

“The 2015 Paris Agreement specified that a new collective, quantified goal for climate finance is to be agreed prior to 2025, with US$100 billion per year as the minimum. Now is the time to begin that effort with ambition and accountability to build enduring trust and resilience. Future climate finance pledges and targets should be based on realistic assessments of developing countries’ needs. Then real plans must be built and implemented to meet those funding targets; for example, through innovative finance, like levies on international airline passengers and bunker fuels. To meet the promise of ‘adequate and predictable’ financing made back in Copenhagen, new global financing mechanisms have to be implemented, since annually decided ‘contributions’ from national treasuries are not delivering on the promise. First though, clear rules for what counts as climate finance need to be agreed.

My problem? Not that future climate finance pledges should be based on proper needs assessments. Or that we’re going to have to rely on “innovative finance” to meet those needs. Only that we should give up on demanding contributions from national treasuries–which are indeed “not delivering on the promise”–while we wait for an innovative finance breakthrough to show up.

It almost seems that Timmons et. al. actually expect a near-term breakthrough on that front. I for one will believe it when I see it. In the meanwhile, I’m going to continue to work to establish the fair shares frame. It seems to me that it can only help.

Philippe Benoit, a research scholar at Center on Global Energy Policy at Columbia, has a good idea, a luxury tax on carbon. As he explained it in an op-ed in The Hill:

You’ll get no argument from me!

“For $250,000, the super-rich will soon be able to visit sub-space. Meanwhile, back on earth, American workers will drive pickup trucks to their jobs and families will keep their thermostats low to save on heating costs.

All three will generate greenhouse gas emissions. Scientists explain that the climate impact of carbon emissions is the same irrespective of why and where they are created. That, in part, is why many economists want to tax all carbon the same.

But does it make sense from a policy perspective to ignore why and how the carbon was created? Is it sensible to treat the emissions from highly discretionary and luxurious consumption by the rich the same as those generated to meet basic needs of middle-class and poorer households? There is an argument to say no.

Maybe not all carbon is created equal. Unsurprisingly, just as there is income inequality, there is inequality in carbon emissions. In the United States, the richest 10 percent emit four times more than the bottom 50 percent; the disparity is even greater at a global level and for the top 1 percent. Billionaires and millionaires enjoy a lavish carbon-heavy lifestyle that isn’t accessible to middle-class families. Flying transatlantic first class in the front of the plane generates four times more carbon than riding in the back in tightly-packed economy.

Or consider high-end sports cars or yachts or private jets (remember the criticism leveled against Prince Harry and Meghan Markle for taking private jets while advocating for action on climate).

The luxury emissions market is big and getting bigger. Americans purchase 2 million luxury vehicles a year, while luxury yacht sales total $5.7 billion globally and is expected to grow to $10.2 billion by 2025.

Soon there will be space tourism, a novel but GHG-intensive activity restricted to the super-rich. And the potential for luxury emissions is growing as the number of millionaires worldwide increases from 42 million today to a projected 63 million in 2024.

Yet, we all share one common carbon budget, estimated at below 1,100 GtCO2. In contrast to incomes where “more is better” and even extravagant spending by the rich can produce jobs for working-class families, carbon is a “zero-sum” game: the more the rich emit through their lavish lifestyles, the less there is for everyone else.

While wealth globally keeps increasing, the carbon budget keeps getting smaller, eaten up in part by the high-carbon extravagant activities of the rich. A luxury carbon tax could be used to charge the rich for this climate extravagance, one that wouldn’t apply to the emissions generated by working families in making ends meet.

And in deciding how much to charge, we don’t need to follow the traditional approaches of tying the tax to the “social cost of carbon” or using a uniform rate based on carbon content. Instead, we could apply a tax rate well above the carbon impact of these extravagant emissions precisely because they constitute a wasteful use of our common carbon budget.

How much should we tax someone for spewing carbon on their $52 million visit to the International Space Station? A lot.” 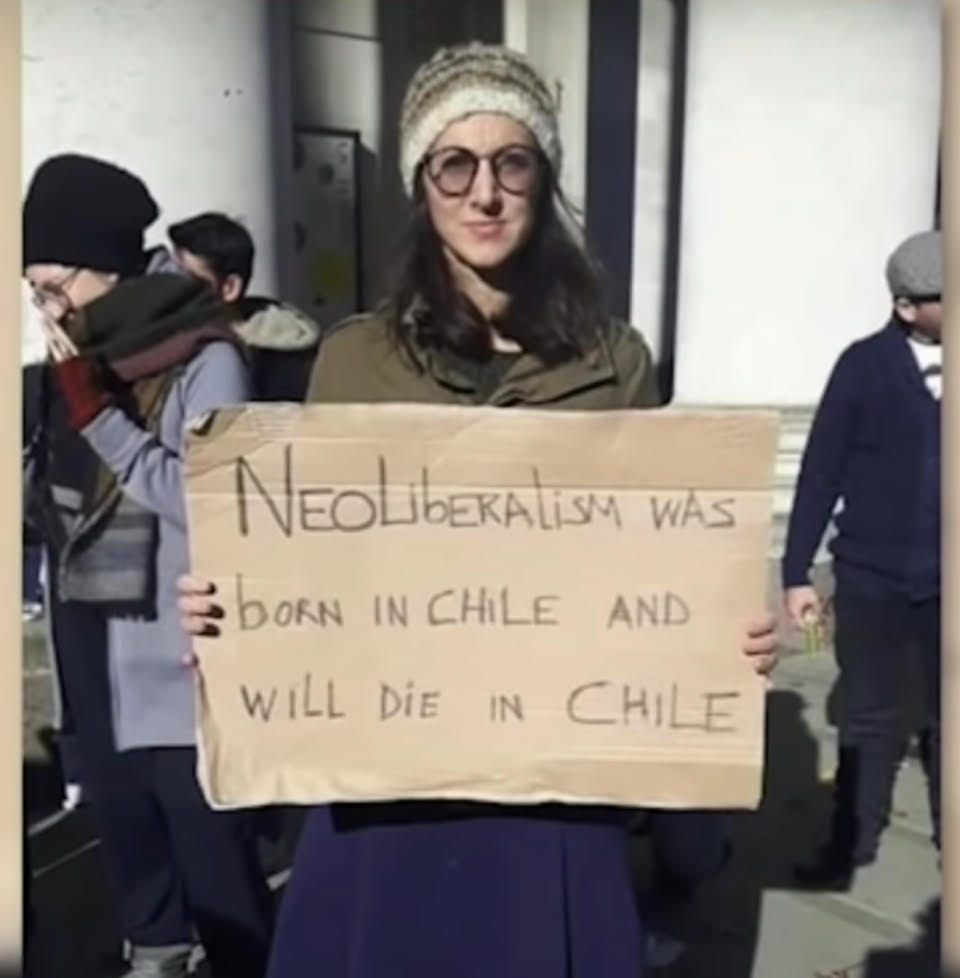 This review of Naomi Klein’s This Changes Everything: Capitalism vs. the Climate was first published in the Earth Island Journal, here.  See this notice on Klein’s own site.

The first thing to say about Naomi’s Klein’s latest book is that its title makes a grand promise — This Changes Everything – and that’s before you even get to the subtitle, which sets up a face-off between capitalism on one side and the climate on the other. The second thing to say is that no single book could ever meet such a promise. Klein, with careful aplomb, does not attempt to do so. Rather, she offers a tour of the horizon upon which we will meet our fates. Or, rather, the horizon upon which we will attempt to change them.

In the face of such huge topics, Klein’s strategy is a practical one. She defers the problem of capitalism-in-itself (as German philosophers used to call it) and focuses instead on our era’s particular type of capitalism – the neoliberal capitalism of boundless privatization and deregulation, of markets-über-alles ideology and oligarchic billionaires. Her central argument is not (as some have insisted) that capitalism has to go before we can begin to save ourselves, but rather that we’re going to have to get past neoliberalism if we want to face the greater challenges. Klein writes:

Some say there is no time for this transformation; the crisis is too pressing and the clock is ticking. I agree that it would be reckless to claim that the only solution to this crisis is to revolutionize our economy and revamp our worldview from the bottom up – and anything short of that is not worth doing. There are all kinds of measures that would lower emissions substantively that could and should be done right now. But we aren’t taking those measures, are we?

At the outset Klein asks the obvious question: Why haven’t we, in the face of existential danger, mobilized to lower emissions? There are lots of reasons, but one stands above all others. We have not mobilized because “market fundamentalism has, from the very first moments, systematically sabotaged our collective response to climate change, a threat that came knocking just as this ideology was reaching its zenith.” In other words the climate crisis came with spectacularly “bad timing.” The severity of the danger became clear at the very time when “there-is-no-alternative” capitalism was rising to ideological triumph, foreclosing the exact remedies (long-term planning, stricter government regulation, collective action) that could address the crisis. It’s a crucial insight, and it alone justifies the price of admission.

END_OF_DOCUMENT_TOKEN_TO_BE_REPLACED

See a mildly snarky comment from The Raw Story here, or the original study (NASA Faked the Moon Landing —Therefore, (Climate) Science Is a Hoax: An Anatomy of the Motivated Rejection of Science) from Psychological Science.  But two warnings: the study is behind a paywall, and it contains the phrase “conspiracist ideation.”

• The likelihood of severe and potentially catastrophic anthropogenic climate change is in part a consequence of our inability to enforce any right to protection from the harm to life and property caused by the cross-border impacts of greenhouse gas emissions.

• A secure regime of property rights requires enforcement and (in the long run) legitimacy.

• This implies a relatively strong version of world government.

What could be clearer?